Exciting times for No. 7 Bottle Shop 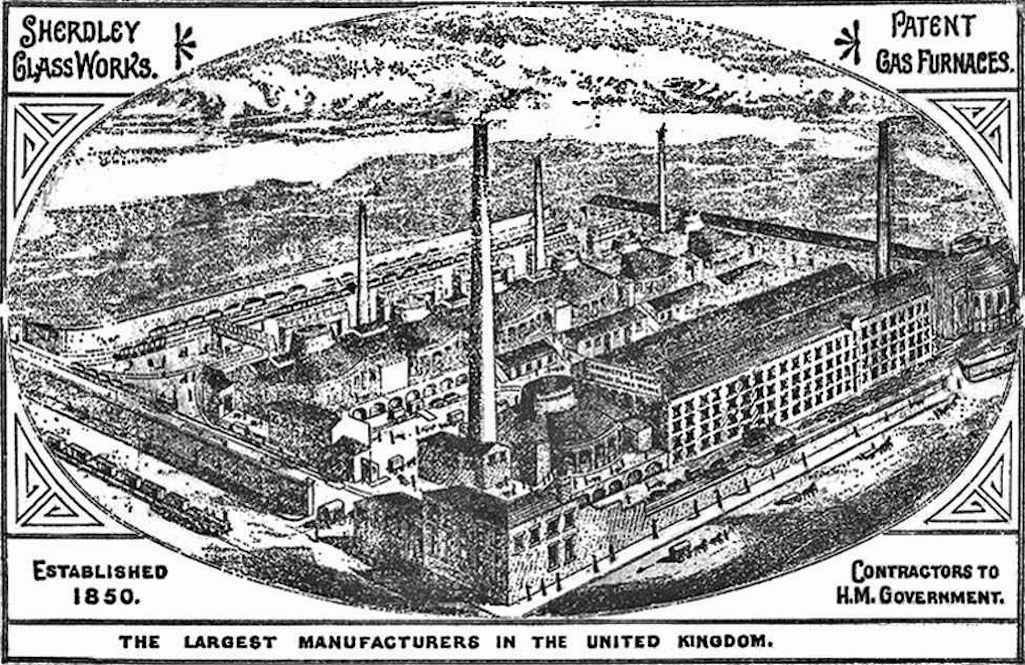 These last few weeks have been a whirlwind; so much has been happening. One event, in particular, I am really thrilled about.

I have been involved with the Cannington Shaw Preservation Trust in St Helens, Lancashire, for the past couple of years as their resident historian/genealogist.  I am now delighted to announce that I have been appointed Heritage Director for this Scheduled Ancient Monument, which is an important part of St Helens’ Industrial heritage.  I am looking forward to being part of the project to save the No. 7 Bottle Shop, which in 2017 was listed as in the top 10 of endangered buildings by The Victorian Society.

My previous remit was to examine the lives of the people who founded, what became, the largest glass bottle-making manufacturing plant in the United Kingdom, during the second part of the nineteenth century. Here is a brief overview of their Glass heritage.

John and Edwin Cannington and John Shaw joined forces in 1866 to form Cannington Shaw and Co. which by 1892 was employing around 1200 people. The Canningtons and John Shaw were glass people, but their lives started out in very different ways.

John and Edwin CANNINGTON were from a rich heritage of Glass Makers.  They were the great grandsons of Richard Cannington (c. 1726-1793), a Master Glass Maker of renown from Bristol. In 1773, Cannington & Co were exporting window glass and glass wares to the Colonies. They were also grandsons of John Hartley (c. 1770-1833), who was involved in the Nailsea Glass Works and WE Chance Glass Manufacturers of Oldbury. John and Edwin’s uncles James and John Hartley were partners in Chance and Hartley and eventually, James (an inventor and reformer) set up the Wear Glass Works in Sunderland, which became Hartley and Wood.

John and Edwin learned the glass business from their uncle James; their father John Baker Cannington died when they were young.  The family were keen Methodists and both John and Edwin left large legacies to Methodist causes in their Wills.  John Cannington died in 1896 and Edwin then became Chairman of the company, a position he held until his death in 1909. Edwin’s obituary in the Liverpool Echo described him as a ‘philanthropist of a most delightfully modest and assuming character.  A large share of funds for the erection of the (Methodist) Central Hall in Renshaw Street were given by Mr Cannington.  He was a liberal supporter of nearly all the deserving charities of Liverpool, St Helens and indeed, Lancashire.’

John SHAW was the son Joshua Shaw (c. 1795-1855), a Wheelwright from Swinton by Sheffield, Yorkshire.  Born in 1833, he learned his trade as a Glass Blower, together with his brothers Alfred and Joshua.  The family moved to Thornhill Lees, Dewsbury, where John Kilner had established a factory in 1847. Following his marriage in 1855, John moved to St Helens where by 1864 he had set up his bottle house on Watson Street.  In 1866, John sold his bottle works to Pilkingtons in exchange for technical knowledge on tank furnaces.  That same year, he joined John and Edwin Cannington to form Cannington Shaw & Co.  From his relatively humble beginnings, in 1871 living in a small terraced house on Rigby Street, St Helens, his success can be traced as by 1901, he was the resident of Eccleston Hall. Following Edwin Cannington’s death in 1909, John became Chairman of the company; however, this would only be for a year, as he died in 1910.  John’s obituary described him as a Churchman and regular attender of Christ Church, Eccleston.

John and Edwin Cannington and John Shaw were entrepreneurs who saw the potential for success in St Helens and invested their lives, money and expertise into the town.  The No. 7 Bottle Shop is all that remains of Cannington Shaw & Co (which eventually became part of United Glass Bottles).  The Preservation Trust, supported by the Friends of Cannington Shaw, are currently liaising with many different agencies to save the Bottle Shop for future generations. Watch this space …………………………