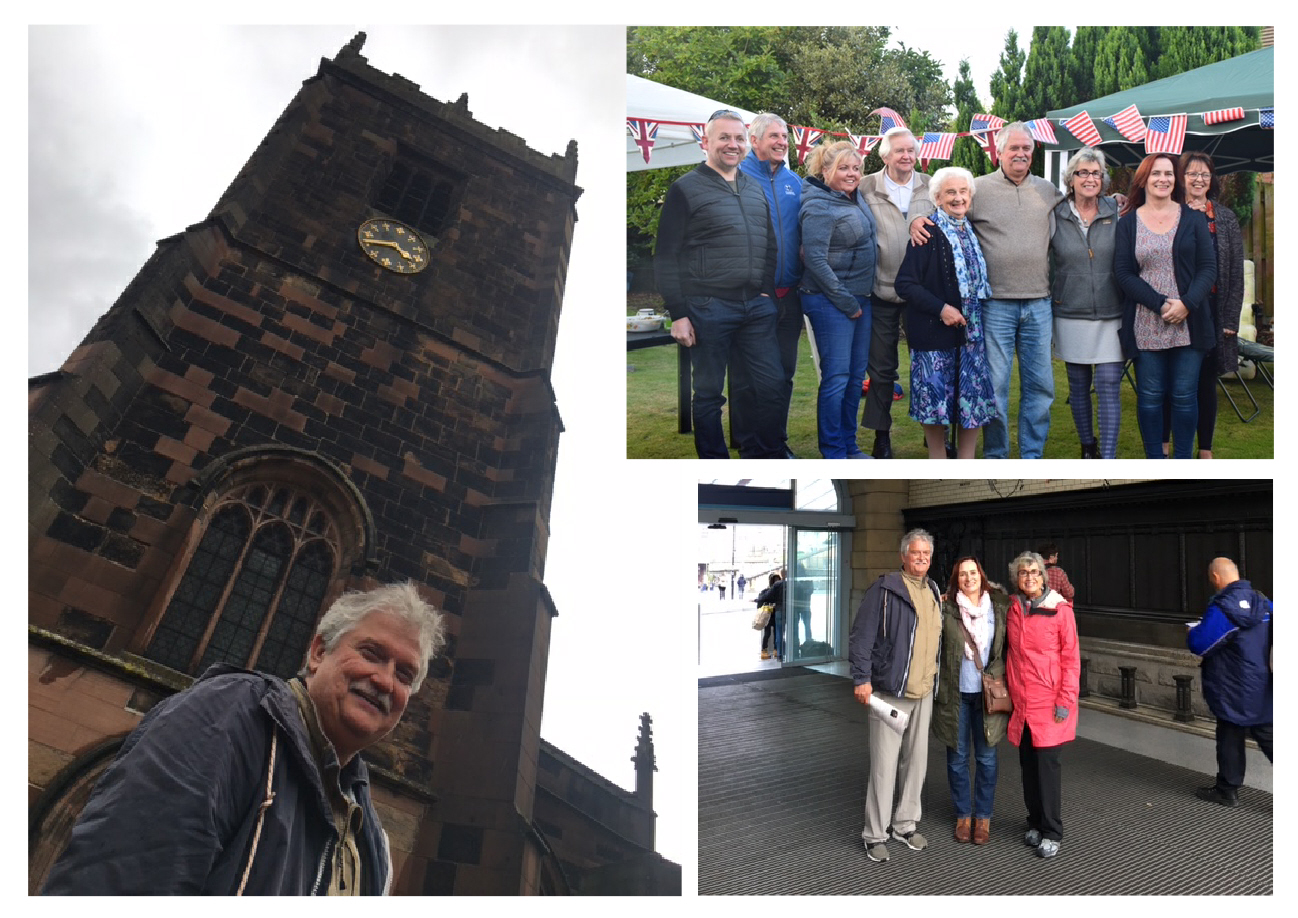 In this 21st Century world, we are starting to get used to the rapid advance of technology and its impact in almost every corner of our daily lives. The cosy world of genealogy is no exception and recently much has been written about the pros and cons of taking a DNA test to discover ancestors. Hype surrounds it, its geographic mapping enabling claims that it can prove whether your ancestors were Romans or Vikings. However, what is acknowledged by academics is that it can be very useful in matching you with (up to) second cousins.

Don’t worry, I’m not about to plunge into the technical details of how a DNA test works and which chromosomes are best! This story is about how two people spitting into a little jar that went on to produce a transatlantic party.

I was bought an AncestryDNA test as a Christmas present and must admit to being a little sceptical about it.  I followed the instructions: spat into a little tube and sent it away.  Several weeks later, I received an email to say that my results were ready.

On opening the results, I first found out what my estimated ethnicity was.  This is regularly updated, and my initial 2% Iberian Peninsula and 1% European Jewish has given way to lend more weight to my current ethnicity identified to England and Wales at 67%. Again, I’m not going to go into the ins and outs of how accurate these are.

The next phase of the results was to see if I had been matched with any relatives. I discovered 353 fourth to sixth cousins! But, there on its own at the top of the list was a match to a second cousin. I recognised the family relationship immediately and quickly sent a message to John.  He replied straight back, and we commenced transatlantic correspondence. Despite the clear difference of a sunshine enhanced lifestyle of living by the Ocean in Florida, USA vs a Lancastrian, English climate, I quickly discovered that not only did we have much in common, but John and his wife had already booked a trip to the UK.

Invites were extended for them to spend a few days with us at the end of their trip and detailed planning commenced. This would include a large gathering at our home, to allow John to get to know his UK family.  As a professional genealogist, I spend most of my time researching other people’s ancestors; however with the discovery of John, it was time to dust off research I had started into my own maternal ancestry, but never completed.

Last weekend, John and Lois arrived at Wigan Train Station.  We actually missed them getting off the train (don’t ask me how), but spotted them getting out of a lift, as we were panicking that they had missed the train.  We went on to spend the rest of the day touring in the footsteps of our mutual ancestors, around Manchester, Salford and Eccles. They were overwhelmed by Manchester Cathedral (where our mutual great great grandparents were married). We toured Salford and the Docks area, where our families lived until bombed out in the Second World War and finished at Eccles Parish Church, where our earliest ancestor was born in 1736 and lived until the age of 93.  Unfortunately, the grounds have been landscaped and we couldn’t access the church, but we still felt those ancestral vibes.

The following day, we introduced them to the great sport of Rugby League, as they watched St Helens beat Warrington at the Halliwell Jones Stadium, where we enjoyed great hospitality.

The final day of their trip was the family party and 30 of us met in our garden for a hog roast and much getting to know you.  Not everyone could make the day, but it was a huge success. My mum and her brother were there as the matriarch/patriarch of the family, providing lots of little memory snippets which enhanced the research I had done.  The weather stayed fine (if a bit chilly) and everyone delighted in each other’s company.

John and Lois left us on Monday to return to the sunshine, but they left us with much warmth in our hearts, from having rekindled family ties that had been (temporarily) severed.

We have all made promises to meet again (some family members already have their bags packed for a trip to Florida!) but it’s not just about across the big pond. It can be easy to neglect family relationships when you live only 30 miles apart.

Taking the AncestryDNA test, may not have solved all the mysteries to my ancestry and may not have found any links to Royalty, but it has certainly enriched our lives and we have created some wonderful memories.